One thing you discover when researching family history is how historic events impact the story of your family. In the Civil War 620,000 men lost their lives from battle or disease or both. The Civil War Trust estimates this at 2% of the U.S. population at the time. An equivalent figure today would be the loss of 6 million people.

As a result, thousands of family trees were ended or were charted in new directions. Women who lost husbands remarried and started new lives with new husbands resulting in children being born and new branches of family trees being started that would not otherwise have been. This happened with our family.

William Wiley Pearman married Mary Elizabeth Denson on August 9, 1859 in Polk County, Georgia, just eight years after the county was founded. They had two children, William Wiley Pearman, Jr. and Charles Webb Pearman. On April 30, 1862, at twenty-two years old, William, Sr. enlisted in the Georgia 40th Infantry Regiment, Company C. In December 1862, they fought in the Battle of Chickasaw Bayou, the opening battle of the Vicksburg campaign. Sadly, having survived battle, William died of disease at Vicksburg on February 4, 1863.

After the war, in April 1870, Mary Elizabeth Denson Pearman married Alonzo Penzan Shores who’d also fought for Georgia but was blessed to have come home. From their marriage five children were born, among them Susan Emaline Shores, my great grandmother. 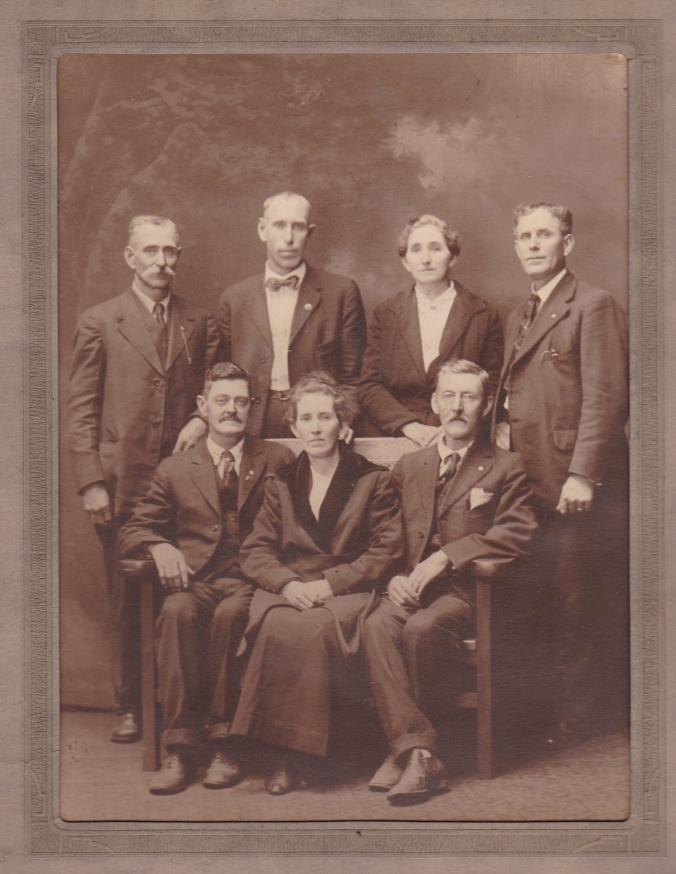 The Pearman and Shores children as adults. The Pearman brothers are seated to the left and right of Susan Emaline Shores, my great grandmother.